More Shops Prefer Card Payments — But Has a Disadvantage

Particularly in the Corona crisis, many local businesses invite their customers to pay by card. Cash seems to continue to lose importance – and this has a disadvantage.

The preference for cash payment is declining worldwide. A recent survey showed that 38 percent of customers now pay by card more often during the corona crisis than before the crisis for local goods like commodities and services like HVAC (learn more about these services here). But that’s not all: the majority of consumers who have changed their payment behavior said that they wanted to maintain this in whole or for the most part even after the crisis.

Preference for cash is declining – online banking is increasingly popular

But it is also evident elsewhere that the importance of cash is declining, the report continues. For example, people in this country are increasingly managing their money digitally: Only about one in twelve bank customers refuses online banking, quotes Die Welt from a study by the investment portal Weltsparen and the online commercial bank Penta. More than one in three now check their account balance daily on the computer or smartphone.

This has one disadvantage: the number of classic bank branches could continue to decline. “Ten years ago, there were still about 39,000, but the number has now fallen to around 27,000,” the report said. Some banks have already announced that they will no longer open the branches closed due to the lockdown.

Paying by card in corona crisis is increasingly popular

Paying by card – this is standard in more and more shops. It is practical, works quickly, and especially in Corona times, more and more merchants are enabling their customers to pay contactless. However, consumers should definitely pay attention to the fees that some banks incur when they pay with a giro or credit card.

But this is probably not the only reason why many people continue to depend on cash. According to a recent survey, every person carries an average of 89.22 euros in their wallet. And precisely because the money in the crisis is no longer so loose for many consumers, experts recommend paying more often with cash instead of by card – with the aim of keeping the money together more easily and ultimately saving money in everyday life.

Which payment method applies? Pay attention to the sign at the entrance or cash desk

But what if merchants or innkeepers refuse to accept cash in their stores or restaurant? Are they allowed to do it just like that? “In principle, the principle of freedom of contract applies.” Merchants and customers can therefore freely determine the content of the contract – including the type of payment. According to the report, the merchant does not have to accept cash payments. “However, he must explicitly inform customers before concluding the contract which payment he does not accept. A sign at the entrance or at the cash register is sufficient,” reports the news portal.

And according to the report, merchants are also allowed to stipulate that they only accept certain banknotes. For example, some gas stations would not accept large banknotes. The motive behind this is to have enough change in the cash register that they can give to the customers.

Consumers must follow the customs in the store. You should pay attention to the signs in good time – then there will be no misunderstandings at the checkout.

There are different ways to budget, but each method follows the goal that you get insight into your finances.

With the 50-30-20 rule, you decide in advance what percentage of your income you want to spend on something. It practically does the work for you and tells you what percentage you should plan for what. 50% is earmarked for basic expenses/fixed costs, 30% for your personal needs and 20% for savings, paying off debt or building wealth. 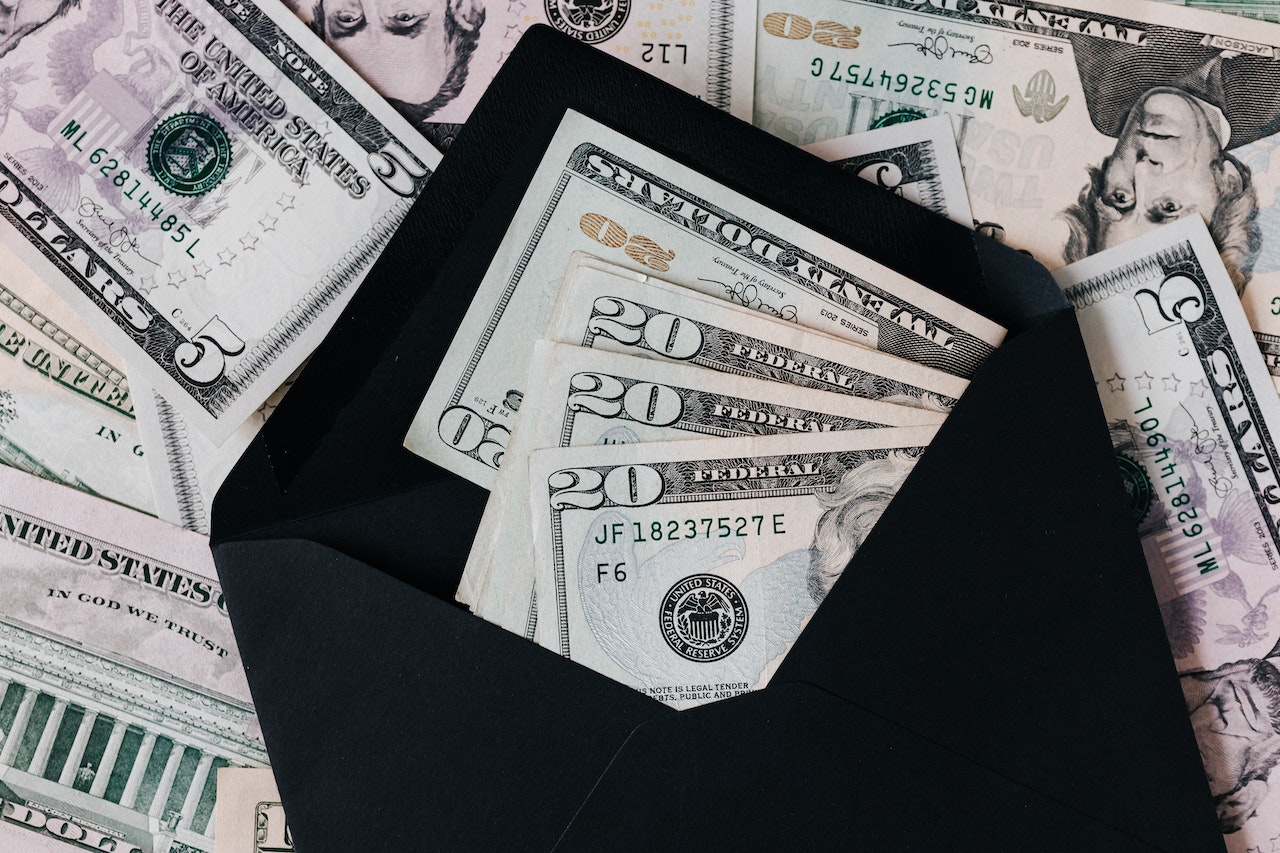 Budget planning with envelopes is a bit old-fashioned, but anyone can do it. It works like this. You use your budget to determine how much money you want to spend this month. You then withdraw this money in cash and put it in different envelopes. An envelope for groceries, gas, clothes, weekend trips and so on. Is an envelope empty? Then you simply have to wait until the next month before you can spend money on a certain category again.

Fixed amount per type of cost

With this variant, you agree a fixed amount per cost element with yourself. This is similar to budgeting with envelopes, except you don’t have to withdraw any money to do it. So keep an eye on your expenses and check in your banking app and which cost item an expense falls under. This way you avoid going over your set amounts. If you don’t have an app yet, you can check for the best budgeting app for couples. Evaluate every app and choose the best for you as a couple.

With this method, you first transfer an amount to your savings account to increase your financial buffer or nest egg. You use the rest of your income for your rent and other bills. But be realistic, otherwise you run the risk of having to transfer money back to your checking account at the end of the month. And of course that’s not the goal.

If this is the time for your first budget plan, don’t give up if things don’t go smoothly in the first few months. Finally, it’s difficult to estimate how much money you’ll need monthly per cost item. So it makes sense that you adjust your budget plan from time to time.